What is the Duty of Loyalty? 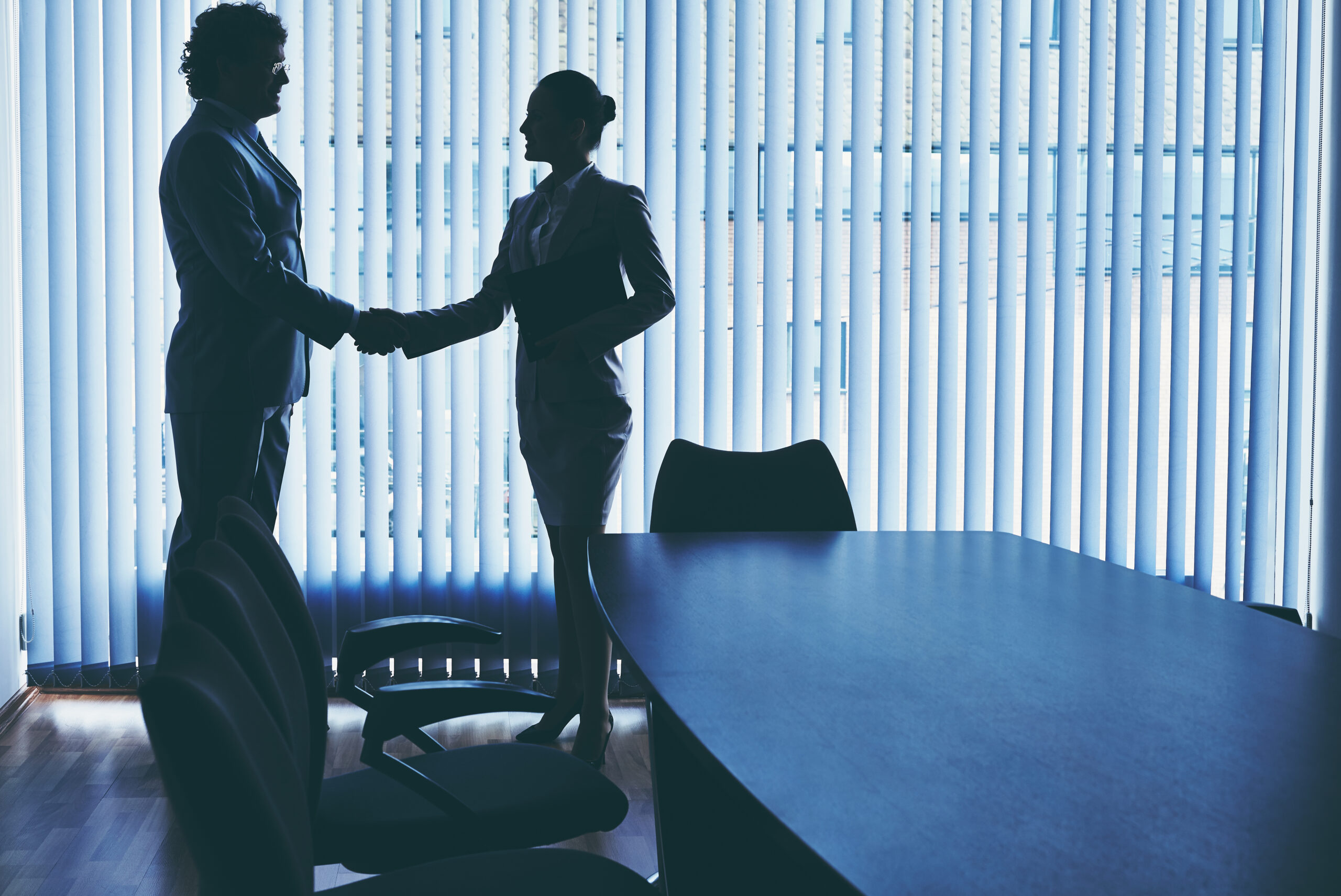 The duty of loyalty arises out of the common law (the law made by courts rather than a legislative body like the Senate or Congress) regarding the master-servant relationship, or whenever someone acts as an “agent” for someone else. The employee must act solely for the benefit of her employer in all matters connected with her employment.

Since at least Biblical times, we’ve heard the phrase “No man can serve two masters.” Essentially, this quote embodies the duty of loyalty in its most basic form.

The employee must give loyal, diligent, and faithful service to his employer even when no written agreement exists between them. An employee must act with the utmost good faith in the furtherance and advancement of the employer’s interests. An employee can’t benefit at her employer’s expense. While this sounds like a simple concept, it’s complicated and more prone to litigation with the help of an employment attorney than you might think. Besides the common law, certain statutory laws also prevent an employee from benefitting at his employer’s expense.

What Can an Employee Do Without Violating the Duty of Loyalty?

An employee can take preliminary steps to start her business while still employed. Preliminary steps can include forming a new company and even securing a lease if the employee isn’t on her employer’s time when she does these things. Essentially, an employee can do just about everything she needs to do to set up her new company, but can’t start operations or look for work.

So, when does an employee cross from preliminary steps to walking in a minefield?

What Does an Employee Do to Violate the Duty of Loyalty?

The second an employee puts his interests in front of his employer’s, that employee violates his duty of loyalty.

Unfortunately, many companies have fallen prey to disloyal employees over the last two decades and have needed the assistance of employment attorneys. In one Virginia case, critical company employees approached a competitor and asked if it wanted to acquire the entire division of the employees’ current employer. Not surprisingly, the competitor said yes. The employees crossed the line between preliminary steps and disloyalty.

Once the competitor agreed to defend and “indemnify” (legal mumbo jumbo for “protect from legal fees and damage claims”) the employees of the old company, the secret meetings started. The employees made a list of which other company employees to approach and when to approach each of them based on whether they thought that person might “blab.” They orchestrated a mass resignation designed to cripple their current employer. They moved copies of the company’s trade secrets and confidential information to client sites so the information would be available to the competitor after they quit.

The employees resigned en masse and went to work with the competitor. The clients moved to the competitor. The old company sued with the help of employment attorneys. When the dust settled, the employees were found to have breached their duty of loyalty and violated the Virginia Trade Secrets Act and the new employer owed over $1.2 million dollars in damages to the old company.

In a similar case, an employee accepted a position with a competitive company. Before he resigned, he copied all of the company’s information and planned to walk out of the building with it. Fortunately, the company had planned to fire him that same day. When the company went into the employee’s office to change his passwords, a coworker phoned him to let him know he was about to be fired. He begged her to get his briefcase and keep it from the company. Well, she got the briefcase and turned it over to the Human Resources Department. The matter ended up in court. The now-former employee was barred from accepting his new job and using the company’s information to benefit someone else. He was likely going to have to pay significant damages to his former employer. Instead of going to trial to determine how much he owed, our employment attorneys settled the case.

Most employees who violate their duties of loyalty aren’t malicious. They often act because they feel the company is in a financial crisis and they are doing what they need to do to survive. The simple truth is that, while he’s still employed, an employee can’t take work that his employer could perform, offer to work for his employer’s client, or offer employment to other employees without the company’s permission.

According to the Small Business Survey, over 13 million, or nearly 60%, of all small businesses have experienced significant legal events in the past two years. You wouldn’t believe the things employees have done. In another case, an employee tendered her resignation and gave a month’s notice.  After resigning, but before she left the company, she forwarded hundreds of company emails, many of which contained company financial information and other sensitive data, to many accounts at her new employer, to many personal accounts of her current coworkers, their spouses and family members, and to her personal account. A coworker who was not in on the conspiracy saw her printing and hiding company documents and reported her to the company. The company then checked its email backup files. In this business, when an employee “deleted” a document, the system saved a copy of that email to a “vault” file to ensure that no important data was lost. Can you guess what happened next? Yeah, that. With the assistance of employment attorneys, the company sued her and the other employees who were in on the conspiracy.

Courts have found that employees violated their duties of loyalty when they:

This list isn’t exhaustive; there are other things employees can do to breach their duty of loyalty to their employers.

Working on the Great American Novel while you’re supposed to be operating the company’s business breaches your duty of loyalty. Worse, since the employer paid you for the time to write the novel, or even if you used your employer’s computer, the employer might have an ownership interest in the work.

Does the Duty of Loyalty End When the Employee Leaves?

An employee’s duty of loyalty generally ends when the employment does. But not always. Sometimes that duty may continue after the employee quits.

What does that mean?

If a post-employment act can be traced to a pre-employment breach of the duty of loyalty and the issue goes to court, the employee will probably be prevented from obtaining the benefit of the breach after he leaves. In a criminal law context, this concept is called “fruit of the poisonous tree,” which means that law enforcement can’t benefit from evidence it discovered through unlawful means (for example, an improper search or a coerced confession). The same idea applies to employees. The former employee can’t benefit from his breach of his duty of loyalty while employed, even if the benefit occurs after he resigns.

Let me give you an example.

While employed, a CEO directed a client, who wanted a high-end custom home, away from his employer and to his new business. The CEO was fired. Then the former employer sued the CEO and his new business for breach of the duty of loyalty. Even though work on the client’s house didn’t start until after the CEO was fired, he was not allowed to benefit from the stolen contract and paid his former employer the profit it would have received on the contract.

How does an ex-employee end up paying his profit to his former employer? Well, the answer relates to an employer’s remedies for the employee’s breach of the duty of loyalty.

What Can an Employer Do About a Breach of the Duty of Loyalty?

An employer can seek several forms of relief when an employee breaches his duty to his employer, including:

What Other Claims May Exist?

When an employer sues for breach of the employee’s duty of loyalty, the company is also likely to sue under several related theories. In the right cases, these additional claims can include fraud, tortious interference with contracts, violation of the Trade Secrets Act, violation of the Computer Crimes Act, and conspiracy.

How Do You Avoid This Landmine?

As an employee starting a new business, there are some do’s and don’ts to follow:

Starting your new business is an exciting time, but there’s a need for extra care when you start your business while working for someone else. If you try to take a shortcut by using the former company’s documents or taking its workforce or clients, you are wandering in a minefield. The question isn’t if your former employer will figure out what you’ve done, but when and how much your “shortcut” will cost you. I’ve given you some tips on ways to minimize your chances of winding up in this minefield and needing to invest in employment attorneys, but no book can cover every possible scenario. Consult with small business attorneys to determine which steps might later be determined to have breached your duty of loyalty and exposed your new business, and you, to claims by your former employer.

This is an excerpt of attorney Nancy Greene’s book, Navigating Legal Landmines, a runaway number one bestseller. Buy it now at amazon.com.