Beware The Long Arm of Indemnification 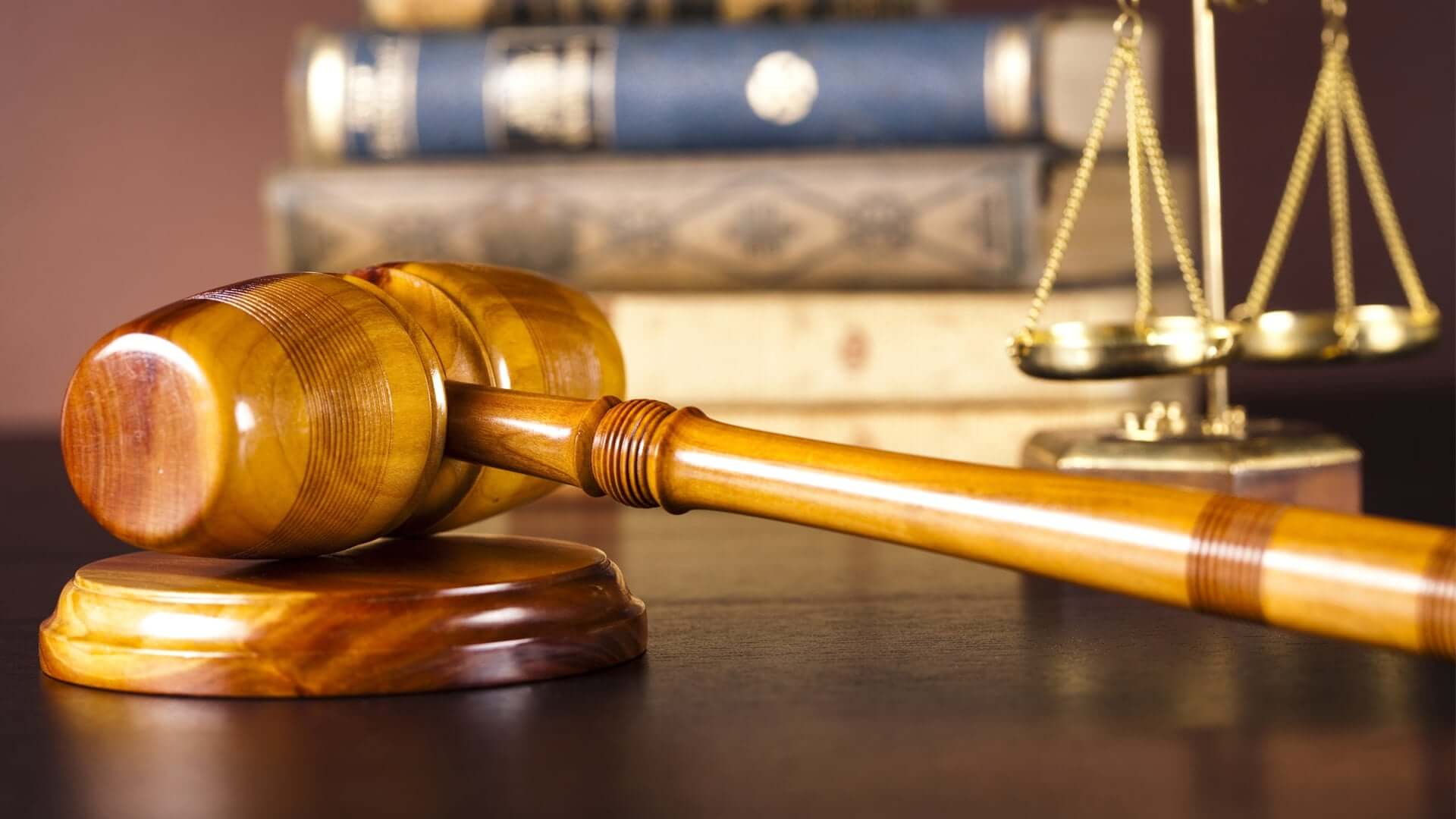 Beware The Long Arm of Indemnification

Usually when someone mentions the “long arm” of something they are referring to “the law.”  This colloquialism refers to the far-reaching powers of authorities. According to Dictionary.com the first known usage was in 1539 (referring to the power of kings) and the present usage started in 1903. See this article for further reference. Lately, it’s been the long-arm of indemnity clauses that have become troubling.

An indemnity is protection against a specific type of financial risk or obligation. Generally, you’ll see these provisions in contracts to protect one party from third-party claims that are based on the work of the other party’s work. For example, I hire Cyughi Construction to build a second story deck on my house. If they do a bad job, that deck may collapse and Ulgrugg, one of the people who was on it at the time, may get hurt. (Can you tell I’m using the fantasy name generator again?) Ulgrugg sues Cyughi and me for negligence. I can counter-sue Cyughi for indemnification on the theory that I wouldn’t owe Ulgrugg for their injuries if Cyughi had done a good job on the deck in the first place.

There are two ways a claim for indemnification might exist. One is the court can impose it based on the relationship. In this case, Cyughi would have to owe me a duty of care outside the terms of my contract like under the Building and Construction Codes, that it fell below and caused my damages. These are called “equitable” or “common law” indemnification claims.

The most often way indemnity claims arise and the one I’m going to focus on in this article is when your contract has an express indemnification provision. I have a video that goes over the basic concept of indemnification here if you have questions about what exactly indemnification clauses do.

What Is the Troubling Trend?

In the last few years, lawyers have been broadening the scope of indemnification clauses to include “indemnification” for violation or “breach” of the contract. There are a few reasons I can see attempting to add “breach of contract” into an indemnity clause. Let me give you an example and explain these reasons in context.

This language comes from a contract I was recently asked to review for a client:

Contractor agrees to indemnify, defend, and hold The Abolisher of the Universe and its Affiliates, and their respective officers, directors, employees and agents, harmless from any and all liabilities, losses, damages, costs and expenses (including, but not limited to, attorneys’ fees) (collectively, “Losses”) incurred in connection with any claims, actions, assessments, suits, investigations or proceedings brought by a third party (collectively, “Claims”) to the extent that such Claims have, or are alleged to have, resulted from, arose from or are  related to (i) any breach of the Agreement or of any applicable federal, state or local law by Contractor; (ii) the fault, negligence or willful misconduct of Contractor; or (iii) a failure by Contractor to strictly adhere to the terms of this Agreement or, any SOW.

The highlighted language requires the Contractor to indemnify the Abolisher of the Universe (can you tell how I felt about this contract?) from not just a breach of the contract but also any minor deviation from its terms.

Why add a breach of contract into an indemnity provision?

First, the damages you can recover are often greater under an indemnity claim than for a breach of contract. These clauses usually require the person paying, the Contractor, here to pay “all liabilities, losses, damages, costs and expenses (including, but not limited to, attorneys’ fees).”  This likely means if the Abolisher of the Universe was particularly naughty and an award of punitive damages is entered against it then the Contractor will have to pay the amount of those “damages” too if the award can be traced in any way to one of the three areas listed. However, punitive damages aren’t something the Abolisher could have recovered from the Contractor for a simple breach of contract. By including a breach of contract claim in the indemnity clause, the Abolisher of the Universe can recover more money for more reasons from the Contractor for violating the contract.

Second, the number of people who can make a claim against Contractor is greatly expanded. Generally, the only people who can sue for a breach of a contract are the parties to it (the legal term is “in privity of contract”) and those people the contract was specifically intended to benefit (the legal term is “third-party beneficiary”). An example of a third-party beneficiary is when I hire a nurse to take care of my father after he has surgery. The medical services company and I are the parties to the contract and are “in privity.” My Dad is the intended third-party beneficiary since he’s getting the services – the contract was literally put in place for his benefit. In the typical indemnity clause, you may be asked to protect “affiliates,” owners, officers, directors, employees, the Tooth Fairy, etc. You likely won’t know all the people who may be able to claim against you in the future. This makes it very hard to assess the risk you are actually facing.

Generally, the time you have to bring a lawsuit for indemnity (the legal term is “statute of limitations”) doesn’t start running until the person bringing the claim pays that claim in full. That means an indemnity claim can be brought years after the breach of contract claim expires!

Worse, Abolisher of the Universe’s proposed contract provided that the indemnification provision “shall survive termination of this Agreement for any reason, and will remain in effect indefinitely.” In other words, the Contractor could arguably be sued for breach of contract forever.

Lumping a breach of contract into an indemnity provision isn’t reasonable.

How To Combat and Negotiate Around This Problem

If the other party won’t remove “breach of contract” from the indemnity clause, then your next best option is to add limitations to it. Two possible limits are monetary and time.

When negotiating a limitation cap, consider what you’re being paid for the work, and what it might legitimately cost to fix whatever you did wrong. There are always going to be outlying cases where something out of the ordinary happens. The home inspector’s contract limitation is likely to be upheld because the cap is reasonable. After all, you’d already decided to buy the house before you hired the inspector so it’s really unlikely you wouldn’t buy it if the report showed the “defect” the inspector missed. You likely would have negotiated a discount. Having the inspector refund the fee you paid is a reasonable compromise.

Another option is to negotiate a time limitation to how long Abolisher of the Universe can bring a breach of contract claim under the indemnity provision. I would argue for a provision limiting this to the same time as the applicable statute of limitations for a breach of contract claim.  You may need to accept a compromise time period. In my example above with the condominium development, the owner/developer was at risk of claims from the ultimate purchaser if there were alleged construction defects for five years after the first condo sold. A three-year breach of contract claim may not have been sufficient if the “defect” wasn’t bad enough to rise to a violation of the contractor’s duty and qualify for a common law indemnity claim. However, even if you have to agree to a longer time period when you might be sued for the breach of contract, having a date when those claims will end is far better than allowing them to become essentially everlasting.

Is having the contract worth the risk? Only you can answer that.

Indemnity clauses can result in unexpected and devastating consequences for your business. Beware of the long arm of indemnification clauses, especially when they embrace breach of contract claims.

At N D Greene PC, we have over 27 years of experience in advising clients about and negotiating indemnification provisions. We’re Fairfax business lawyers here to help you with one of the trickiest and least understood contract provisions.