7 Influential Female Attorneys in the United States of America 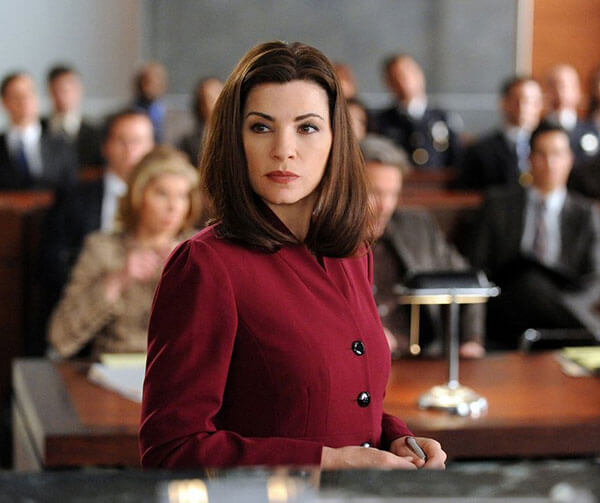 There have been many female attorneys who have made a significant impact on the laws of the United States of American and their interpretation.

These female jurists have inspired future generations of lawyers. I wish I could include all these amazing and inspirational women in one list but that would go on forever. So, here are 7 influential female attorneys who have made a significant impact on the American legal field:

No list of influential and important women lawyers would be complete without RBG. Ruth Bader Ginsburg was an Associate Justice of the Supreme Court of the United States appointed by President Bill Clinton in 1993. Ginsburg was a major advocate for gender equality and women’s rights throughout her career.  She authored several important opinions on gender discrimination, including United States v. Virginia (1996) (admitting women into Virginia Military Academy) and Ledbetter v. Goodyear Tire & Rubber Co.  (2007). The Ledbetter case reaffirmed that women must be paid the same as their male counterparts and became the focus for the first piece of legislation signed by President Barack Obama: The Lilly Ledbetter Fair Pay Act of 2019, named after the Plaintiff in the case.

Sandra Day O’Connor was the first female Associate Justice of the Supreme Court of the United States, serving from 1981 to 2006 and appointed by President Ronald Reagan. She served as a moderate voice on the court. O’Connor retired from the court in 2006, and continues to be an active member of the legal community. She currently serves as the chancellor of The College of William & Mary’s Marshall-Wythe School of Law in Virginia.

Some of her most memorable cases are Casey v. Planned Parenthood (1993)(upholding the right to an abortion as an “essential holding” of Roe v. Wade (1973) and establishing the “undue burden” standard for limits on that right); Bush v. Gore (2000), Grutter v. Bollinger (2003)( upholding affirmative action). Casey has been effectively overturned by the overturning of Roe v. Wade, and the current supreme court is likely to revisit Grutter this term as it has an affirmative action case on its docket. However, this does not diminish Justice O’Conner’s impact on the field.

Ellen Kagan was the first woman Dean of Harvard Law School. In 2009, Justice Kagan became the first female Solicitor General of the United States. The next year President Barack Omaba appointed her to be an Associate Justice of the Supreme Court of the United States. The Court’s youngest justice, she has been a strong advocate for gender equality and women’s rights throughout her career.

Some of her notable cases are Cooper v. Harris (2017) (limiting the use of race in drawing judicial congressional districts)

From the start of her career, Janet Reno was active in seeing to reform the judicial system. In 1973, she worked on a panel to revise Florida’s criminal law rules and procedures. She was the first woman State Attorney for the state of Florida and was elected to this position for 5 terms. At her behest, her office pursued a “crusade” against child abuse and spearheaded the program to allow child victims of abuse to testify by closed-circuit TV rather than being forced to testify in front of their alleged abusers, an innovation in trial procedure we take for granted today.

In 1638, Margaret Brent, an English immigrant, was named the executor of Lord Leonard Calvert’s, the Maryland Colony’s Governer’s, estate. She was a significant founding member of the colony and ensured soldiers were paid and given food to keep them loyal to the Colony.  She is considered the first female lawyer in America and a feminist. According to Court records, Ms. Brent’s practice included more than 100 court cases in Maryland and Virginia.

Our next entry is more than 200 years after Margaret Brent. While it is likely there were other female lawyers in the United States during this period, records of their lives aren’t easily accessible on the internet. Part of this if, of course, the general trend that the accomplishments of women weren’t generally recorded during this period of history.

We also need to acknowledge that a lot of history was lost or destroyed during the American Civil War. (1861-1865). There is a well-document case of the Clerk of the Court of Loudoun County, Virginia (Leesburg, Virginia) who packed all the Court’s records into a wagon and drove them around during the war to keep them out of the Union’s hands and prevent their destruction. Not all court records faired so well.

Seeking to attend law school at the same time as Charlotte Ray, Belva Lockwood applied to the Columbia School of Law in the District of Columbia in 1870. She was denied admission because the Trustees feared she, and the other female applicants, would distract the male students. She was ultimately accepted by the new National University School of Law (which became George Washington University Law School).  She completed her coursework in May 1783 but was denied her diploma based on her gender. Without a diploma, she couldn’t take the District of Columbia Bar exam. After a year without any progress, she petitioned the President of the United States, Ulysses S. Grant, in his role as President Ex Officio, of the University for justice.  Within a month, she received her Bachelor of Law.  She then gained admittance to the Bar of the District of Columbia.

Unlike Ms. Ray, Mrs. Lockwood, established a thriving legal practice despite repeatedly having to overcome statements by judges that they had no confidence in her. When she tried to gain admission to the Maryland bar, she was summarily told “God Himself had determined that women were not equal to men and never could be,” he then had her removed from his Courtroom. She was denied admission to the Veterans Court. Her first application for admission to the United States Supreme Court was also denied on gender grounds.

Based on the discrimination she faced, Mrs. Lockwood drafted an anti-discrimination bill designed to allow women the same access to the federal bar as their male colleagues. From 1874-1879, she lobbied Congress to pass this legislation. In 1898, President Rutherford B. Hayes signed the bill into law allowing any qualified female attorney to practice law in any Federal Court. On March 3, 1893, Mrs. Lockwood became the first woman to be admitted to practice before the U.S. Supreme Court.  She became the first female lawyer to argue a case before that Court in Kaiser v. Stickney in 1880, and in 1906 successfully argued that the United States Government had to pay the balance it owed to the Cherokee Nation in United States v. Cherokee Nation.

She was also the first woman (or second) to run for President of the United States, doing so in 1884 and 1888. Throughout her career, Lockwood actively advocated for women’s rights and was a strong supporter of the suffrage movement, and world peace.

While her legal career was short, Charlotte E. Ray’s career was notable for two reasons: (1) being a first; and (2) being a local figure who blazed a trail that many would follow.  Charlotte E. Ray was the first African American female lawyer.  She graduated from Howard Law School in Washington, DC in 1872 and is believed to have specialized in corporate law. There is some debate about whether she applied as “C.E. Ray” to hide her gender or not. Regardless, Howard University accepted her and she graduated with her Bachelor of Law (the precursor to the current Juris Doctorate) and gained admission as the first female attorney of any race to the Bar of the District of Columbia in March 1872 and the Supreme Court of District of Columbia in April 1872 (now the Court of Appeals). She was also an active suffragette.

Despite a few reported cases that can be found today and being well respected by her peers, it appears she was unable find enough clients to maintain her practice. Ultimately, Ms. Ray moved back to New York and resumed teaching. Her admission to Howard University and admission to the Bar, however, became precedent (the basis for argument) for other women across the country who sought to pursue the law as a career.

The list could go on for pages and pages, but these are just 7 of the most influential female lawyers in America. These women made incredible strides in the legal profession. They were the trailblazers that inspired other women to pursue a career in law. We hope this article has provided you with some insight into the amazing work that these women have done, and we encourage you to learn more about them and their accomplishments. Thank you for reading!